So they don’t… know what to do that is.

Often they are using ‘I don’t know what to do,’ to stop themselves from doing, so they won’t fail at anything. Often ‘I don’t know what to do’ is peppered with frustration and a dose of anger. I don’t think anger is a bad thing, as long as it is acted upon and not acted out. Anger can help drive you, to find what it is you want to do.

But let’s look at the term life purpose and determine what it really means.

Because sometimes I hear people talking about it as if it is some cosmological destiny which is all too grand to reach. Or they are ruminating on ‘What their passion for life is.’  And comparing themselves with some rock star who knew out of school performing was what s/he wanted to do. And we make it out to be an impossible quest. It’s like the ‘Holy Grail’— mythical. Something not to be found but something to be yearned for.

And already you have put this ‘life purpose’ on a pedestal, where you sacrifice any spare cash on self help books, or terrorise yourself with ‘I don’t know what to do.’ I am not trying to make light of it, what I am doing is starting to put it in perspective so we can break down what it is you want to achieve. And it is about doing, not thinking about doing.

So what is is life purpose all about?  Simon Amstell the British comedian touched upon it, when he joked about how long we live for and that you have to keep coming up with things to do. There was a lot of truth in what he said. When he asked the audience, ‘Why are you here?’ he replied, ‘So tomorrow I can say I went to this comedy show in London, I live in London, I’m alive, I’m alive.’ And then he asks, ‘Are you though. Or are you desperately filling the time so you don’t feel the pain?’

And for some it will be like that. You may just want to fill in your time, entertaining yourself, decorating your habitat and paint over what you are really yearning for. But for others it is a quest—with a destination. And because we are searching for something new, (or so we think), we are uncertain, unsure of what the end result is. There is uncertainty, and that is unsettling. Frustration and maybe anger creep in. But this is your way of you telling you, that you’re changing, rebirthing, renewing who you are. So something has to change.

So what is finding your life’s purpose really about. Simon Amstell was pretty close. It’s really about what you want to do with the remains of your time, and doing that which is important to you. NO-ONE ELSE. I was going to add ‘and world’ but that may not be a priority for you. And this makes things clearer so you can take practical steps towards that which you wish to achieve.

Anger Can Help You Overcome Fear Of Failure

So going back to anger, what does it tell you? Well it’s a flashing sign. A signal to say ‘Hey your old way of living is not the way forward.’ And at the same time it is an opportunity. Look I am not into the whole positive thinking game, this is more to do with dealing with the underlying feeling. If you can look at, and ascertain what this anger is telling you, then you are onto something. It is telling you, you need a change, you need to look at what is no longer working for you. It is shouting out ‘Hey it is time to start something new.‘ And maybe you are hesitating.

Think about when you were a kid, you didn’t hesitate to explore. If you saw something new nearby, you would jump on it, touch it, smell it, some kids may have even licked it! To explore it, to see if it was interesting enough to stay with it, or to move on and find something new. But how often do we do this as an adult?

So anger can move us to act, to seek help, to question our current situation. But when we have a fear of failure we don’t start, we don’t ask. We put the brakes on. Screech to a halt. So we put this whole life purpose thing ‘out there‘ like it’s untouchable. Not for me, for everyone else but not me. We complicate what it really is. And we get tetchy, stressed and anxious we will never find it. And the ‘don’t know what to do’ compounds itself.

But How Do We Know If We Have Fear Of Failure

This is not a comprehensive list but if you acknowledge some of these to be true, then perhaps this is  what may be stopping you.

So maybe some of these thing s are stopping you from taking the next step.  Let’s look a the first point as this is quite common. Shame can be underneath this. Often we are too ashamed to express who we are, and how good we are. Hopefully this is changing now. My niece(12) returned from her basketball game and I asked her how she went.

Niece: ‘Claire I was brilliant.’

I obviously had a look of surprise on my face.

Niece: ‘No really I was brilliant, I scored so many goals, and I got every basket I shot and we won.’

My look of surprise wasn’t about her being brilliant, I was surprised that a child believed in herself so much that she could say what she did with such certainty. And I was absolutely delighted.

Too often, too many have been shamed for believing in their own talent. And this can stop people from attempting things and/or finishing things. Because the rejection at the end can be just too much.

Shame Is A Way Of Controlling Us

And maybe you are living with shame from childhood. Shame is a way of preventing someone from acting a certain way that may embarrass the person who is shaming. In a lot of cultures it is not deemed appropriate to be happy with your efforts, or to exclaim your greatness. I mean how may writers have hidden away their manuscripts because family members have been too worried what they may write about their own family?

When I was the same age as my niece I wanted to play football, and in the 80’s there were not too many females that played. I was made to feel like a rebel for doing the very thing that made me feel good. I was made to feel ashamed by the school, the netball coach and others. Thankfully my Dad didn’t care and got me playing in the local team.

Often it is someone else’s fear that is behind the shaming. The person putting you down couldn’t bring themselves to be different, or step out of the status quo. Or they feel whatever you’re doing could embarrass them, because maybe your family doesn’t do that, who knows.

But we need to break this pattern.. By doing what you need to do for you, it will set us all free. It gives others permission to who they are. And by your actions you’re empowering others to be true to themselves.

But ‘here’s the rub’, there may not be anyone cheering you from the sidelines. But as an adult maybe you don’t need that anymore, you may have done as a child. Trust me, you’ll get so much satisfaction from just doing the thing itself.

And if you still don’t know what it is you want to do. Check out this article by exploring what you like doing.

And when you look at what you love doing, look at what skills that thing takes. What are the qualities that you need for doing those things? That is often more of who you are and what you need in something to keep you interested.

For example, I moved from the corporate world to therapy and coaching. You might think there is little symmetry. However in my corporate role I was use ‘to fixing things’, solving problems. And what I love doing is creating strategies and models enabling people to find a way of doing what they thought they couldn’t do. And that applies not only to companies, but to teams and individuals.

So what are your strengths? What do you do better than anyone else you know? What do you do so easily that you don’t even recognise it as a quality? Maybe you have to ask someone else. Look for jobs, roles, hobbies that may require that and start taking the first step. Don’t wait for the final picture to present itself.

Be bold enough to demand more that what you think you can do, because you will always rise to the occasion. And adopt my 12 year old nieces attitude and be damn proud of it when you are brilliant!

Kick that shame in to touch.

And if you want to talk more about you life purpose how about getting in touch for a Free Strategy Call and we can talk about the packages I offer. If you can’t find a time then top me an email. 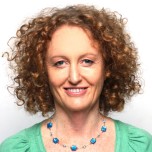 I have worked as a change professional all over the world, since the 90’s, one -on-one and building confidence in teams. I’m fascinated by the mind and how it works, or not.

This fascination has led me over the years to study various techniques to achieve real and lasting change.

In the early years I struggled to find the answer to how to introduce such change. When I walked away after I had set it up, would it stick?